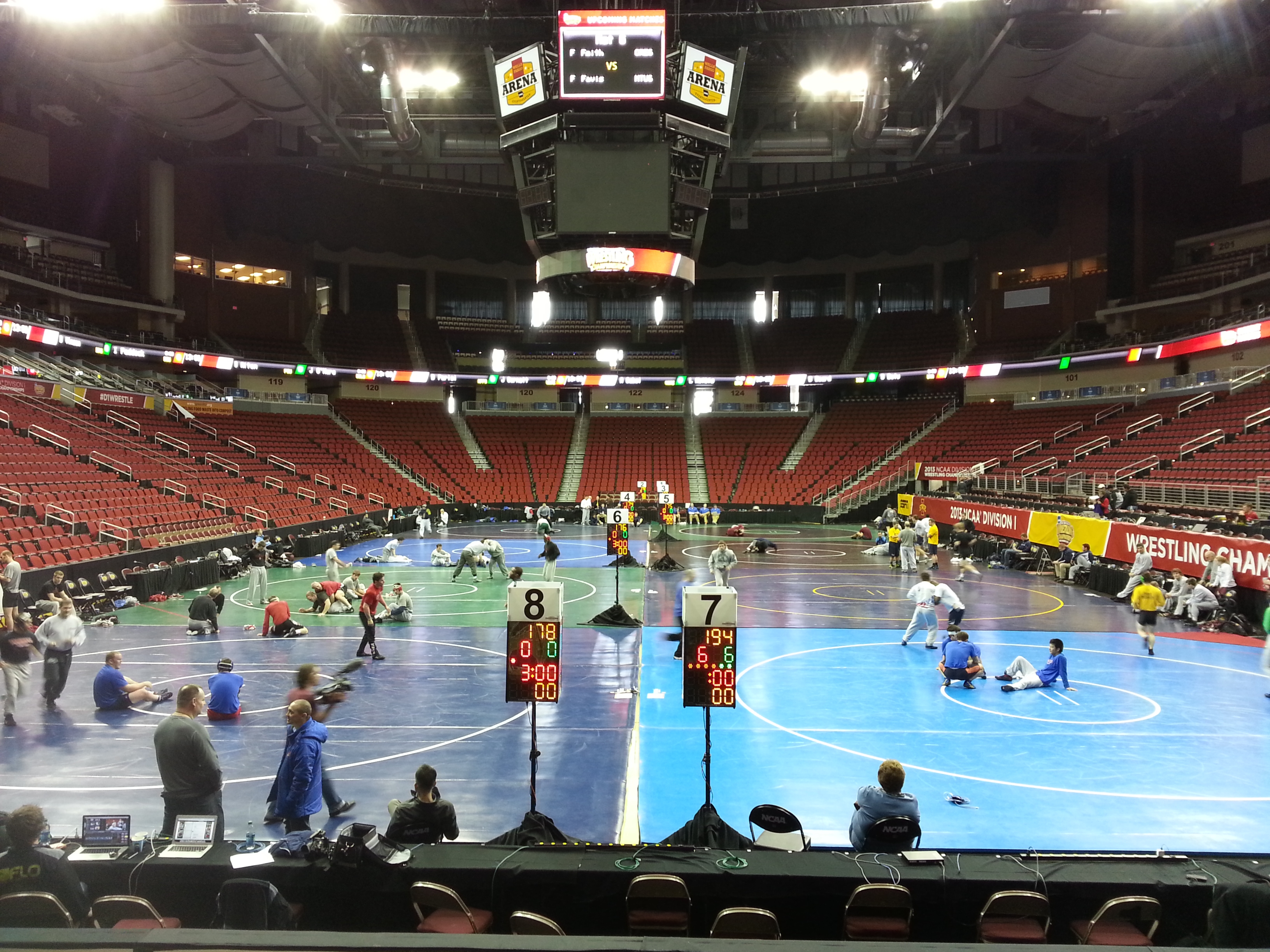 Penn State will be chasing a third consecutive team title, while a senior from Cornell (New York) will be chasing history when the NCAA Wrestling Championships begin Thursday in Des Moines.

Cornell 165 pounder Kyle Dake is 32-0 with 18 falls this season and is trying to become the first wrestler to win four titles at four different weights. The NCAA has altered Saturday night’s championships, so the 165 title bout will be the last match of the tournament. Dake says he’s comfortable with that. “It’s kind of exciting for me. Being the last match is like the main event and it’s just something cool the NCAA is doing,” Dake said. “It wouldn’t matter if I was the last match or the first match. Honestly, I could care less, I just want to go out and wrestle.”

Dake is seeded just ahead of the defending champ at 165, Penn State’s David Taylor. Dake beat Taylor 2-1 in double overtime back in early November.

The Iowa Hawkeyes are among the teams hoping to dethrone the Nittnay Lions. Iowa 125 pounder Matt McDonough, a senior, is hoping to close his collegiate career with a third NCAA title.

McDonough could potentially meet Illinois’ Jesse Delgado in Friday night’s semifinals. Delgado beat McDonough in both of their meetings earlier this season. “He’s a tough competitor. We’ve wrestled now five or so times,” McDonough said. “I’ve done what I’ve needed to do to win that match in the past. In order to do that in the future, I have to be in positions that I’m strongest at and just go out there and let the fur fly.”

The first session of the NCAA Tournament gets underway at 11 a.m. Thursday.