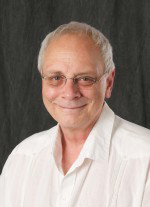 A University of Iowa study finds children of deployed or recently-returned military parents are at a much higher risk of alcohol use, binge drinking and marijuana use than non-military families.

U-I Psychiatry Professor Steve Arndt, director of the Iowa Consortium for Substance Abuse Research and Evaluation, says he was surprised the numbers were so high.

Professor Arndt says, “I expected to see some increase, but not as much as we saw and certainly not as much that it was consistent among all of the grades, even the youngest kids.”

The study was based on data from the 2010 Iowa Youth Survey, which got responses from more than 78,000 Iowa students in grades six, eight and 11.

The study also found when parental deployment resulted in a child not living with a parent or relative, the risk of binge drinking and marijuana use was even higher.

“We don’t know if it’s because one of the parents has to abruptly leave or if there’s something in particular about the military,” Arndt says.

“Those kids who had to go live somewhere else were far more affected by the deployment, staggeringly so.” In one example, the study found sixth-graders in non-military families had binge drinking rates of about two-percent. That jumped up to about seven-percent for the children of deployed or recently returned parents.

One of the likely reasons for the higher substance abuse rates Arndt gives is “destruction of the family unit,” when one parent has to be out of the household for so long. “It’s clear that the families of deployed military personnel need added support,” Arndt says.

“Schools, community organizations, even the military itself might want to attend to that because when the soldier’s family is in trouble, the soldier’s not going to be quite up to their full potential.” He says similar studies also identified a higher suicide rate in the same groups of students.