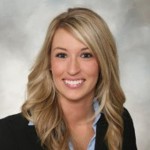 Lieutenant Jim Barrett calls it an unusual case for at least a couple of reasons. “The fact of where it happened and who it happened to makes the case more difficult,” Barrett says. “From all we know, Ashley Okland was just a good person with no enemies so…that made the case unique in itself.”

Despite an exhaustive investigation, police have not identified any suspects in Okland’s murder. “Investigators in this case have followed up on 766 leads, talked to or had contact with 380 people, and done numerous search warrants,” Barrett said.

The case has drawn national attention from the CBS TV show “48 Hours” and has generated a six-figure reward fund. “Investigators still believe there’s a person or persons out there who have information concerning the case and have yet to come forward,” Barrett said. “There is a reward of up to $150,000 available for information leading to the arrest of the person responsible for Ashley’s murder.”

Ashley Okland graduated from Ballard High School in 2002 before attending the University of Northern Iowa. After two years at UNI, Okland transferred to Iowa State University and graduated in 2006.

Anyone with information concerning the murder of Okland is asked to call Polk County Crime Stoppers at 515-223-1400. Anonymous tips can also be submitted online at polkcountycrimestoppers.org or by texting “PCCS” and your message to CRIMES (274637).

More information about the case can be found here.