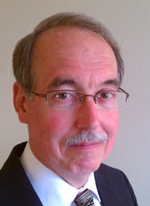 The American Civil Liberties Union of Iowa has filed a lawsuit on behalf of three members of the controversial Westboro Baptist Church of Topeka, Kansas. The class action suit seeks to defend the Westboro members’ rights to desecrate the U.S. flag in demonstrations.

ACLU of Iowa Legal Director Randall Wilson says he’s not concerned about his organization being aligned with the church known for it’s anti-gay protests at military funerals and other events that garner media attention.

“We are very strong opponents at either end of the spectrum on many issues, including LGBT rights,” Wilson says. “However, the ACLU believes strongly that the rights of one group, with respect to free speech and expression, define the rights of all of us.”

“The most outrageous groups, sometimes, are the first that are censored and the ones which generate the cases,” Wilson says. “We believe very strongly the Westboro Baptist Church has a right to use the flag expressively in whatever way it wants, as everyone else does.” Wilson says law enforcement officials at the Iowa protests cited their duty to enforce the state’s flag desecration laws because the laws were still on the books.

But, Wilson notes those laws were ruled unconstitutional in 2007. Many Iowans are strongly opposed to both the desecration of the flag and the tactics employed by Westboro Baptist Church members, but Wilson doesn’t believe that will spark a big “backlash” against the ACLU.

“I think there will be some backlash, but typically most Iowans understand the principles of free speech – if not the other constitutional rights – and I think many people will understand why we are representing the Westboro Baptist Church (members),” Wilson said.

The Westboro Baptist Church is led by Fred Phelps and consists primarily of members of his large family.