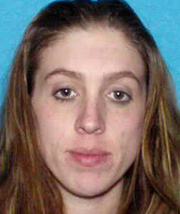 Two young western Iowa boys are home and safe after they were the subject of an Amber Alert on Wednesday, which led to the arrest of their non-custodial mother in eastern Nebraska.

Deputies responded and pulled the truck over near Fremont. Sheriff Hespen says initial reports were that the woman was high on methamphetamine when she abducted the boys in Monona County, Iowa.

“I did ask the deputies about that,” Hespen says. “They said she was upset about the removal of her children but other than that, she was cooperative. There was no incident during the arrest and she did not appear to be overly impaired on any type of substance.”

The suspect, 30-year-old Cari Ann Eich, is charged with violation of a custodial order, a felony. She remains jailed in Dodge County pending extradition to Iowa to face the charge. The boys, ages one month and four years, were picked up by their grandparents in Fremont last night.

Hespen says the Amber Alert performed flawlessly in the apprehension of this interstate fugitive. “That’s what the system is in place for,” Sheriff Hespen says.

“Luckily and thankfully, there was someone that was paying attention, heard the alert and remembered it when they saw the vehicle. That’s a success story on how the Amber Alert system is supposed to work. We’re grateful when people pay attention to those sorts of things.”

Electronic billboards on Iowa’s interstate highways were scrolling information about the alert and the missing pickup last night. Reports say Eich was supposed to have reported to a drug rehabilitation clinic in Sioux City, Iowa, on Tuesday.