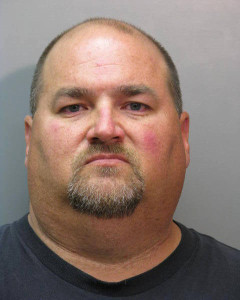 Investigators believe he initiated contact with most of the female victims through two Facebook pages — Buddy Rand Trenary or Trenary Photography LLC. Some girls, when asked, agreed to pose nude.

Baxter says there was also texting between Trenary and girls that involved nudity. “It’s been mentioned that he promised potential modeling careers for some of these individuals and there’s evidence he purchased gifts to try and convince them. It appears there was a relationship building process he used to trick them into ultimately becoming unclothed,” Baxter said.

It’s unclear exactly how long Trenary conducted the alleged activity and how many minor females were photographed in some level of nudity. “I don’t have specific dates at this point…they’re still identify victims, but at the minimum, several months,” Baxter said. “We are confident there are probably some people out there who haven’t come forward and we obviously encourage them to do so, so we can make sure justice is sought for everyone.”

Trenary was arrested Monday and is being held in the Dubuque County Jail on a $50,000 cash bond. He’s charged with Sexual Exploitation of a Minor, a felony punishable by up to 10 years in prison and a fine between $1,000 and $10,000.