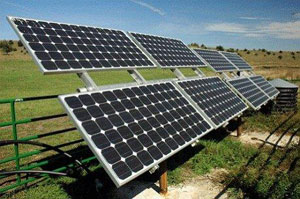 Solar panels on an Iowa farm.

A bill to triple the state tax credits available for Iowans who install solar panels got bipartisan support in the Iowa Senate.  The bill passed on a 46-0 vote. Senator Rob Hogg, a Democrat from Cedar Rapids, is an advocate for the tax break.

“This is a bill to build on the success of Iowa’s growing solar power industry,” Hogg says.

A state tax credit was created in 2012 for farmers, home owners and business owners who installing new solar power systems.

“We need to triple the credits so that we can respond to the continually growing demand for solar power and make sure that we maximize the benefit for Iowans of the federal solar energy tax credits which are set to expire at the end of 2016,” Hogg says.

Solar is growing “rapidly” in Iowa, according to Hogg, as less than six years ago the largest  solar system in Iowa was in Hiawatha and it generated just seven kilowatts of power.

“Hundreds of businesses, farmers and home owners across the state have systems that are seven kilowatts or larger,” Hogg says. “The largest photovoltaic array in Iowa is at Luther College…280 kilowatts, 40 times larger and later this year…Farmers Electric Co-op is going to break ground on an 800 kilowatt unit, more than a hundred times larger than what just six years ago was the largest array in our state.”