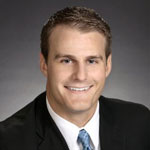 The man Governor Branstad hired to lobby legislators is now lobbying delegates at Saturday’s Iowa Republican Party’s state convention. Adam Gregg is asking delegates to select him as the GOP’s nominee for state attorney general, to face off against Tom Miller, the Democrat who has been Iowa’s attorney general for nearly 28 years.

“What I’m hearing from Iowans is that Tom Miller no longer represents them,” Gregg says. “In fact, it seems like at every opportunity he’s siding with Washington, D.C. and the Obama Administration rather than with everyday Iowans, so I’m going to go out and make the case to Iowans that Iowans need an attorney general who serves as Iowa’s lawyer rather than Obama’s lawyer.”

There was no Republican candidate for attorney general on the June 3 Primary ballot. Gregg resigned from his job in the governor’s office on June 2 and announced he would ask state convention delegates to give him the nomination.

“I really feel like I bring a lot to the table as a candidate for attorney general,” Gregg says. “I’ve got the passion and the energy to fight every single day for Iowa families, Iowa farmers and our constitutional freedoms and as attorney general I’m going to be an advocate for more open, effective and accessible government.”

Gregg says Miller “sat on the sidelines” this past year as Republican Governor Terry Branstad pressed legislators to pass a bill that would make state employees’ personnel records open for public review.

“I think that’s a bill that needed to be supported and that’s the kind of thing that I will support going forward,” Gregg says. “I also think he tends to interpret Iowa’s current Open Records Laws in really strict ways, on the side of non-disclosure of information. I think there’s a lot more flexibility there than his office often advises.”

Gregg, who is 31 years old, is a native of Hawarden in northwest Iowa. He graduated from Central College in Pella and got his law degree from Drake University. He worked for one of Iowa’s largest law firms before joining the governor’s staff in 2012. Governor Branstad recorded a “robo-call” message which has been played over the phone to convention delegates plus Gregg himself  has called and sent letters to the delegates who will make the decision tomorrow. Gregg also campaigned with Branstad last week on a 14-city tour of the state.

Tom Miller announced seven months ago that he would seek reelection in 2014.