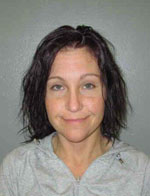 The mother of one of two girls who were kidnapped in Evansdale in 2012 and later found dead is going to prison on drug charges. Misty Cook-Morrissey pled guilty this week to two counts of delivery of methamphetamine in Fayette County District Court. She was sentenced to 10 years in prison.

Fayette County Sheriff’s deputies arrested Morrissey in November for selling drugs out of her West Union home. Morrissey is the mother of Lyric Cook, who disappeared with her cousin, Elizabeth Collins, in July 2012. Their bodies were found five months later in a rural area of Bremer County.

No arrests have been made in their deaths. Lyric Cook’s father, Daniel Morrissey, was sentenced in September to up to 90 years in prison on drug charges.