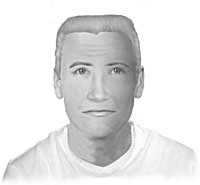 Person of interest in murder of Bill Wood and disappearance of Kay Wood.

It was three years ago today that the murder and disappearance of a husband and wife was discovered in Warren County and investigators are making another call for information from the public.

The Warren County Fire Department was called to a house fire in a rural area of the county and the body of 79–year-old Bill Wood was later found inside the burned out home. Wood’s 72-year-old wife Kay was missing.

DCI special agent, Michael Motsinger, says they have not stopped looking for clues and they want to let the public know the case is still active and they are still looking for information in the homicide.

The investigation thus far has determined that Bill Wood died from multiple gunshot wounds. Wood’s 2009 red Chevrolet Silverado pickup was found at an apartment complex in Kansas City, Missouri the day after his body was found.

Motsinger says they are hoping to find information they have not heard before. “We’ve probably covered several hundred leads up to this point. We are still getting leads, they are just not coming in as quickly as they did right after the homicide occurred,” Motsinger says. “We are still getting leads that we are following up on.” He says they want to hear about anything anyone has seen or knows that might help. “A small little piece of information or a big piece, to try to put the investigation together and try to bring it to successful resolution,” Motsinger says.

One thing that has developed out of the investigation is a sketch of a “person of interest.” “The person of interest came about from the vehicle being found down in Kansas City at an apartment complex. A witness down there described this individual and that’s where we got the sketch artist to come in and do an artist’s rendering of what she thought the person looked like,” Motsinger explains. “To this date, we still have not been able to identify that person.” The “person of interest” is described as a white male in his late 40s to early 60s, 6’2″-6’6″ tall, with a slender build and short, gray and white hair.

Anyone with information about this person of interest and or the disappearance and whereabouts of Kay Wood is asked to contact your local law enforcement agency. There is an $8,000 reward for any information leading to an arrest.