You are here: Home / Fires/Accidents/Disasters / Iowa’s tornado tally is above the norm — and the season never really ends 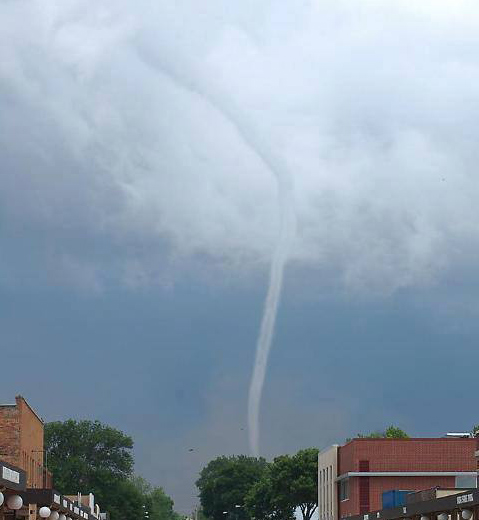 While Iowa is susceptible to tornadoes during any month of the year, the traditional tornado season is now over and the state came out with an above-average number of twisters this year, more than 50.

Meteorologist Rod Donavon, at the National Weather Service, says we may still see a tornado in the coming weeks and Iowans should never let down their guard for the risk.

“The season’s really never over and the official numbers can’t come out until December 31st, at the end of the year,” Donavon says. “We’re not expecting a lot of tornadoes after this but last year we did have that October event across northwest Iowa and back in 2005, we had a November event, so certainly it’s never over until it’s over.”

The recent drought years equated to very few tornadoes touching down in Iowa, but with the drought well behind us, tornado numbers picked right back up this year, especially during May and June.

“We are preliminarily up to 52 which is above average,” Donavon says. “A typical year, at least over the last 30-year average, has been around 45 or 46. We’re certainly up quite a bit over the last two years where we had 16 in 2012 and right around 20 last year.”

By contrast, a decade ago, Iowa set a tornado record in 2004 with 120 confirmed touch downs. Still, in recent years during the drought, Iowa went from May of 2012 to May of 2013 without a single tornado, four days short of a full calendar year.

“A lot of that had to do with the drier years,” Donavon says. “In 2012-2013, we just didn’t have the storms or the storm systems moving across the state and we were near record low numbers. We are much closer to average this year. We had a lot of what we’d consider weaker tornadoes, a lot of EF0s, EF1s, which fortunately didn’t hit much property or any neighborhoods.”

There were three tornadoes that registered as EF2s this year, but those were the strongest and none rated in the upper, more-destructive categories of EF3s, 4s and 5s. Two people were killed in tornadoes in Iowa this year. Both died in a twister that hit Keokuk County in April.