You are here: Home / News / August saw much more rain than normal 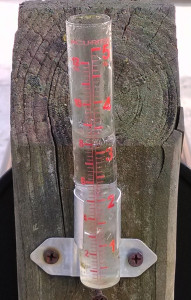 Fall will arrive three weeks from today and with Labor Day behind us now, the state’s climatologist is looking back at August and the summer, as well as the season ahead. Harry Hillaker says after a very cool July, temperatures during August were spot on. “Statewide, temperatures were just barely above normal, a little warmer than usual, about 4/10ths of a degree warmer than the typical August,” Hillaker says, “which is about as close to normal as we get.”

He notes, we saw no triple-digit temperatures anywhere in Iowa during August, and we haven’t hit 100-degrees yet this summer and likely won’t. Hillaker says the summer of 2014 will go down as being very rainy. “The state as a whole is going to come out quite a bit wetter than usual, roughly around 6.2 inches for the month for a statewide average,” Hillaker says. “Normal is about 4.5 inches, so well above normal on precipitation.”

Rainfall amounts were widely varied, depending on the location within Iowa.”The northeast sections of the state, roughly the northeast quarter to northeast third, quite a bit drier than normal over much of that area,” Hillaker says. “Parts of west-central down into south-central Iowa, extremely wet, some places were up over a foot of rain during the month.”

As for the month ahead and the arrival of fall, Hillaker predicts Iowa will be slightly cooler and wetter than the norm.