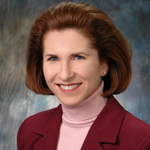 An audit of the State Public Defender’s Office found private attorneys contracted by the office billed the state thousands of dollars more than they should have.

State Auditor Mary Mosiman says her office investigated after the State Public Defender’s Office raised questions about claims submitted by the lawyers. “The investigation concluded that there were 11,042 days for which attorneys claimed and were paid fore more than 12 hours in a single day,” Mosiman says. “And of those 11,042 days, 50 of those days claimed were for 24 hours or more in a single day.” She says those days amounted to a little over $266,000.

There were also issues with the mileage claims. “We also identified a little over 1,500d trips that covered 750 days for which the attorneys improperly claimed mileage multiple times to the same destination. In other words, they would go to a destination and instead of allocating the mileage to multiple destinations, they charged the mileage as if that was the only case that they worked on in that day,” Mosiman says.

The investigation covered July of 2009 through August of 2013. The state fired five attorneys in July of 2013 after an overbilling case by an attorney from Spencer prompted a review of billing practices. Mosiman says this new investigation included several recommendations and the Public Defender’s Office is trying to improve its oversight. “They are working on these procedures, and one other thing to make mention of, they have also establish an administrative rule that was effective earlier this year that would prohibit a contract attorney from billing more than 16 hours in a single day,” Mosiman explains.

Mosiman says it was not possible to determine if additional amounts were disbursed to the attorneys for days which exceeded 12 hours because certain claims were not readily available. In addition, it was not possible to determine if specific activities, such as phone calls, research and preparing documents, were accurately reported by each attorney, or whether the length of time reported by the attorneys was reasonable for every case.

State Public Defender, Sam Langholz, has not returned a call to Radio Iowa for comment on the investigation. The Des Moines Register reports Lanholz has canceled the contracts of eight attorneys.

“I am grateful for the efforts of Auditor of State Mary Mosiman and her staff in confirming our internal review of the improper billing practices of certain indigent defense contract attorneys.”

Earlier this year, the State Public Defender adopted new administrative rules establishing additional safeguards, such as capping the number hours that an attorney can bill in a day and requiring more detailed itemized time and expense reimbursement records. The Office continues to engage in regular aggregate reviews of claims submitted by attorneys. And the Office will soon be moving to an innovative online claim system that will enable the Office for the first time to track in real-time the hours and expenses that an attorney is billing on particular days. Langholz concluded, “Our office remains committed to ensuring these improper billing practices cease and to continuing to work with the vast majority of our indigent defense contract attorneys who are ethically submitting accurate claims for the vital services that they provide indigent Iowans.”