You are here: Home / Crime / Courts / Des Moines woman accused of picking up kid at school while drunk 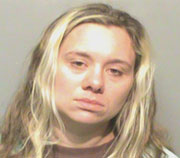 Des Moines Police say a woman is facing multiple charges after she drove drunk to a elementary school to pick up her son. Police were sent to Hillis Elementary School in Des Moines Monday afternoon after a 5-year-old boy was not picked up after classes dismissed at 3:45 p.m.

The boy’s father had failed to pick up his son and the mother, 29-year-old Martha Juarez, arrived at the school at 5 p.m. Police say Juarez was intoxicated and had her two toddlers in the vehicle, but not in child safety seats. Juarez was jailed on charges of OWI, child endangerment, and driving while her license is denied, suspended, canceled or revoked.

The three children were placed in the care of the Iowa Department of Human Services.