You are here: Home / News / Water levels will remain high on the Missouri River to prep for ’15 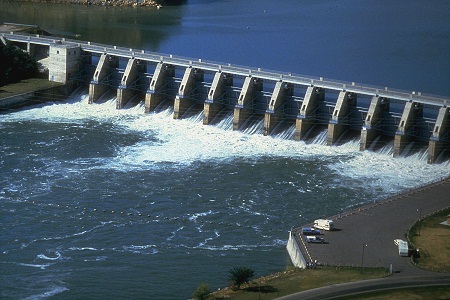 The Missouri River will see continued high levels over the coming weeks as the U.S. Army Corps of Engineers prepares for next year by maintaining above-normal releases from Gavins Point Dam.

“We’ve had a fairly high runoff into the reservoirs for most of the summer, really peaking in August when we had our second wettest August on record,” Farhat says. “As a result, we’ve increased the releases out of Gavins Point with the goal of evacuating all the water that’s stored in the flood control pools by the start of next year’s runoff season.”

Along with flood control, Farhat says excess water will extend the navigation season. “The higher releases that we have now will provide an additional three or four feet in the river, which will help navigation here in this latter part of this season,” Farhat says. “We are also providing an extension of the navigation service, an additional ten days, so it’ll end on December 10th at the mouth near St. Louis.” She says it will also mean an increase in hydropower generation.

Farhat says the Corps is holding public meetings on October 28th in Pierre, South Dakota, and on October 29th in Council Bluffs for people who are interested in the water management operations.