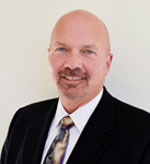 The pilot who died in a plane crash near Dubuque late last night was the Libertarian candidate for Iowa’s U.S. Senate seat.

The family of Douglas Butzier has confirmed Butzier was piloting the plane that crashed near the Dubuque Regional Airport at about 11 p.m. Monday. No one else was in the plane.

According to the Federal Aviation Administration, the single-engine plane took off from the Ankeny Regional Airport at about 10 p.m. and crashed at about 11 p.m., about a mile north of the runway in Dubuque.

Butzier, who was an ER doctor, was born in Mount Pleasant and grew up in Cedar Falls. Butzier, who was 59 years old, has been working at Dubuque Mercy Hospital for the past 17 years.

Written statements of condolence were issued by other candidates in the U.S. Senate race.

“I am deeply saddened to learn the tragic news about Dr. Doug Butzier. I appreciated Doug’s willingness to contribute to this important election. In addition to representing Libertarians in this campaign, Doug served his community as an ER doctor and medical leader. Gail and I will keep Doug’s family in our thoughts and prayers as they mourn their untimely loss.”

“I’m shocked and saddened to hear of the sudden and tragic death of Doug Butzier. I have enormous respect for anyone who puts their name forward as a candidate for public office. Carolyn and I send our thoughts and prayers to Dr. Butzier’s wife and family during this difficult time.”

Independent US Senate candidate Rick Stewart expressed his grief at the tragic death of Doug Butzier, Libertarian Party candidate for US Senate:

“Over the last few months Doug and I collaborated closely in our attempts to have our voices heard by Iowa voters. My deepest sympathy goes out to his wife, family, friends and patients. Doug was a strong voice in Iowa for liberty and freedom and he will be greatly missed.”