You are here: Home / Business / Sporty three-wheeler to be made exclusively in NW Iowa, adding jobs 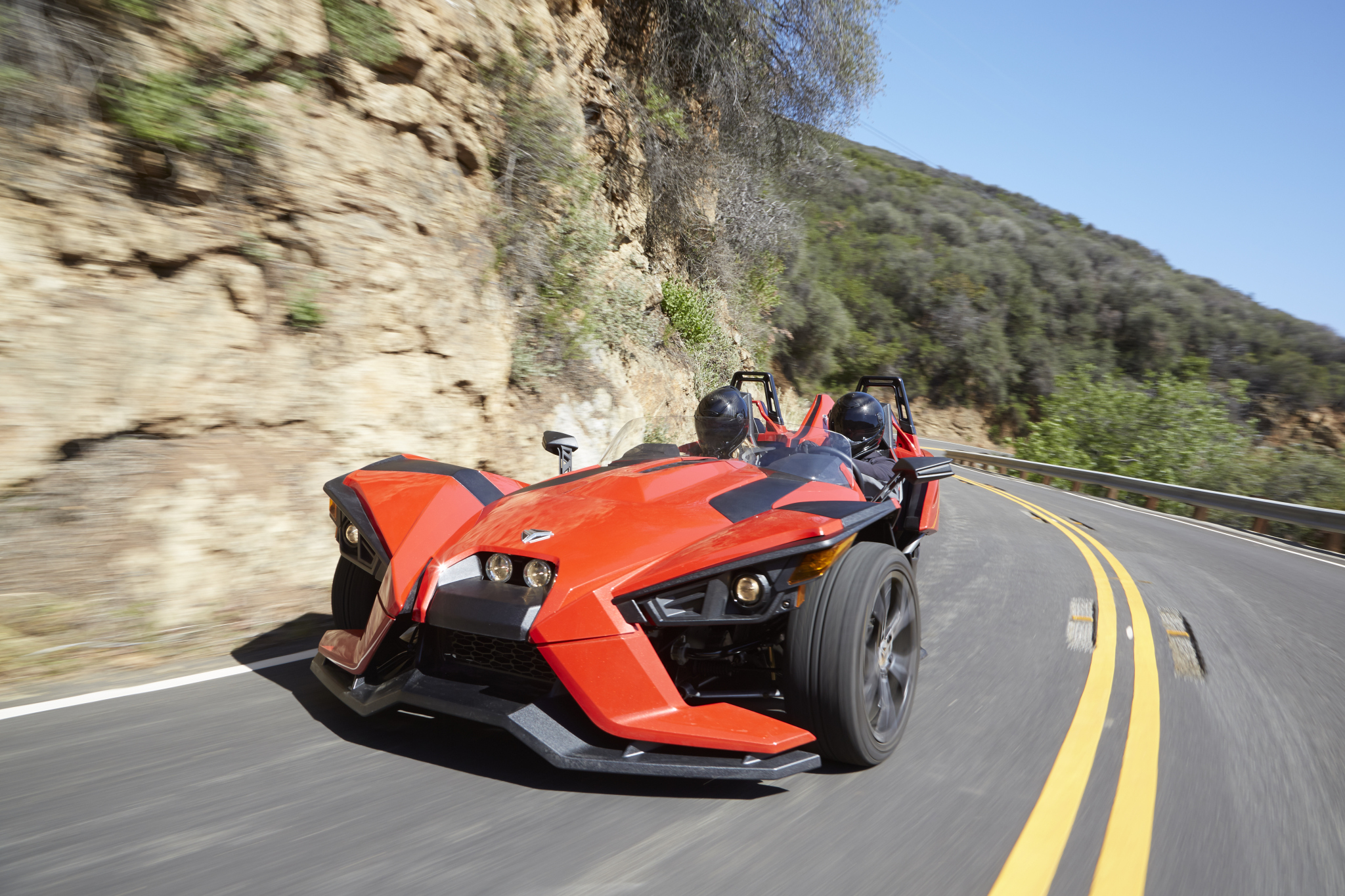 The factory in northwest Iowa’s Great Lakes region that produces the popular Indian and Victory lines of motorcycles is now making a new three-wheeled machine called the Slingshot.

Chris Doucet, Slingshot’s commercial director at Polaris headquarters in Minneapolis, says the futuristic-looking roadster has two front wheels and one in the back, with an open two-seat cockpit, giving it a sleek appearance.

“You sit in the vehicle, not on the vehicle, compared to motorcycles,” Doucet says. “What most people tend to love about this vehicle is the side-by-side seating so you’re talking, you’re engaged with your partner all the way through the ride. It isn’t front and back like your standard motorcycle where you talk at various stops, you’re engaged with your partner the whole way through the ride.”

Production of the Slingshot is already underway at the 23-acre factory in Spirit Lake. Another Polaris plant is in nearby Milford and combined, they have more than one-thousand employees.

Doucet says, “Over the last six months, the ramp-up has led to 300 incremental jobs, some of those directly related to Slingshot, some directly related to the supporting features that go to having us increase businesses down there, welding and painting and those types of things.”

While the Polaris factory produces about 60 of the Indian and Victory motorcycles per day, Doucet wouldn’t elaborate on production numbers for the Slingshot.

“We do know how many we’re going to be making, that is proprietary information, but I will tell you we are all in on this investment,” Doucet says. “We’re very excited about it. Since the launch, since we’ve shown it to our dealers, the response has been overwhelming. Consumer demand, dealer response, can’t wait to get it, you’re not building enough of them.”

Two models will be offered, ranging from around $20,000 to $24,000. The vehicles should begin arriving in dealerships nationwide later this month.