You are here: Home / Crime / Courts / Audit fills in the details of funds taken by former Iowa County Treasurer 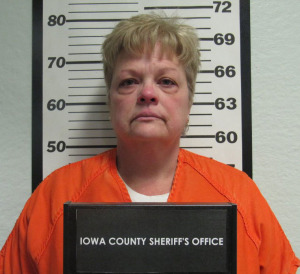 The investigation covered a period between 2005 and 2011 and found nearly $65,000 of undeposited collections and improper disbursements. “Most of that — in excess of $55,000 — resulted from vehicle transaction fees which were voided,” Jenkins says. “Those transaction fees were either vehicle registrations or vehicle titles.”

More than 200 voided vehicle transactions were identified. Jenkins says over $9,000 in improper disbursements were identified and those included cash withdrawals and money orders drawn on the county’s bank account by Tanke.

The 54-year-old Tanke resigned as the Iowa County Treasurer in 2010 and won election to the Iowa County Board of Supervisors. She resigned from the Board earlier this year after her admission she did not properly deposit certain fees collected by the Treasurer’s Office.

Tanke pleaded guilty in March to first-degree theft charges. In September, an Iowa County Judge handed Tanke a deferred judgment and three years probation. Tanke was also ordered to pay restitution. Copies of the State Auditor’s report have been filed with the Iowa County Sheriff’s Office, the Division of Criminal Investigation, the Iowa County Attorney’s Office, and the Attorney General’s Office.