Sioux City police have released video of a chase where parts of a car flew off and hit a police cruiser before officers were able to stop the driver.

The lead officer in the pursuit, Ryan Morritz, tells the dispatcher what is happening when the wheel comes off the car he is chasing.

“His rim just went through my windshield, ” the officer tells the dispatcher. Another officer asks if Morritz can still see and he responds, “Yeah it’s the passenger side.” The officer is then told it’s okay to do a maneuver to cause the car to spin out, as the chase has gotten dangerous with car parts flying.

The video from a squad car behind the action shows the car spinning out in a burst of sparks and the officer reports the driver is fleeing. 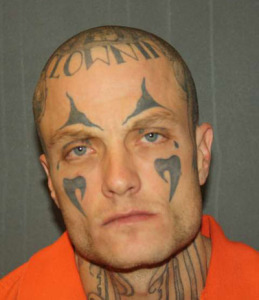 “The guy is running east through the corn,” the Morritz says. The suspect tries to hide, but Morritz has a police dog with him and the dog quickly locates the man.

Morritz then reports the man is in custody and they are putting handcuffs on him. The chase started after the report of a suspicious vehicle driving without its lights on around 3:20 A.M. Friday.

Police charged 31-year-old Chad Hughes with felony eluding, possession of meth, OWI and five misdemeanor counts. Hughes is also wanted by the U.S. Marshal’s Service. Morritz was not hurt and there was around $2,000 in damage done to his patrol car.