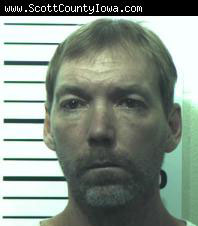 A Davenport man has been charged in the September death of his mother. Police found 79-year-old Marilyn Bohling dead in her Davenport apartment on September 25th.

Officers say Bohling looked abnormally thin and called in detectives to investigate. An autopsy was conducted and her medical records were reviewed by pathologists at the University of Iowa.

Bohling’s death was then ruled a homicide. The Scott County Attorney reviewed the case and issue a warrant for Bohling’s 46-year-old son Donald, who had been taking care of his mother. Donald Bohling was arrested Tuesday and charged with dependent adult abuse with serious injury.