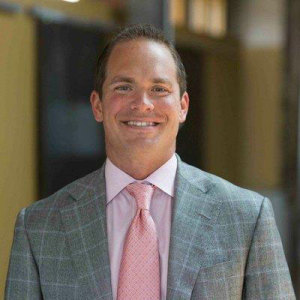 A Republican businessman from Iowa is joining today’s nationwide push to encourage Republicans to pass some sort of immigration reform.

“Republicans now have the opportunity to lead and to solve this problem,” says Jon Troen, president of Mittera Group, which includes companies like Rock Communications that publishes newspaper inserts and catchfire media which develops websites and mobile apps as well as the Colorfx printing plants.

He says that’s because Republicans not only will control the U.S. House in 2015, but Republicans will have a majority of seats in the U.S. Senate and will be able to control the debate agenda there.

“One of the things that’s been frustrating is for a long time Republicans have let Democrats define this issue,” Troen says. “Now that we’re running both houses on congress we can actually solve this problem and improve America’s economy, improve border security and do it in a way that’s compassionate and is consistent with conservative beliefs.”

In the fall of 2013, Troen flew to Washington, D.C. to join a U.S. Chamber of Commerce lobbying effort to encourage the Republican-led House to pass the comprehensive immigration reform bill that had cleared the Democratically-controlled Senate. This year, Republicans like Congressman Steve King say Republicans won victories in the 2014 election because Americans do not want amnesty for illegal immigrants. Troen says “no one” is supporting amnesty.

“I don’t think anybody believes there should be a blanket provision that just says, ‘Hey, never mind. Everybody’s fine,’ but what we did elect leaders of congress to do is to lead and to govern and to solve these problems,” Troen says. “And I don’t think anybody including Representative King or anybody on either side of this issue would look at our immigration system and say, ‘Hey, that’s a system that really works.'”

Troen says his company is like many others — it needs highly-skilled foreign workers and that’s one reason reform of the immigration system is necessary. Troen has helped one employee with a visa navigate what Troen calls the “non-sensical” immigration system.

“The system is completely outdated,” Troen says. “It’s completely broken and, frankly, it’s easy to complain about problems. It’s hard to fix them and it is time for both sides of the aisle and our leaders in both houses of congress to fix this problem.”

Troen argues the U.S. economy would have recovered more quickly had congress addressed immigration reform sooner. Troen appeared today at the state capitol, at a news conference organized by business groups pushing for immigration reform. Over 100 top GOP donors today co-signed an ad published in the Washington Times that calls on Republican congressional leaders to act on immigration reform in 2015.