You are here: Home / Human Interest / Winterset teen chosen as one of 2 ‘citizen heroes’ for Iowa-Nebraska football game 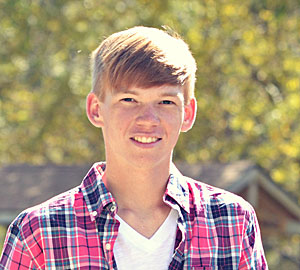 Before more than 70,000 fans at Friday’s Iowa-Nebraska football game, the American Red Cross will honor two men, one from each state, who went above and beyond in the face of crisis. Red Cross spokeswoman Kara Kelly says the Iowan who’s being singled out for recognition as a “citizen hero” is 18-year-old Austin Benson of Winterset, a senior at Winterset High School.

“Austin acted with great bravery when his friend was thrown from her horse,” Kelly says. “The horse rolled on top of her and the saddle horn punctured her leg. It ended up being very critical injuries. Austin applied pressure to the wound and kept her awake while waiting for the ambulance. According the medical professionals, he really saved her life.”

The honoree from Nebraska is Gene Willers, the president of the Midwest Bank Branch in Pilger, a town that was forever changed on June 16th. “You may remember, there was a very large tornado that went through that town this summer,” Kelly says. “Gene put eight people in the bank safe. It only locks from the outside so he locked them inside and then went into the basement. The bank was in fact destroyed but luckily, everybody survived.” 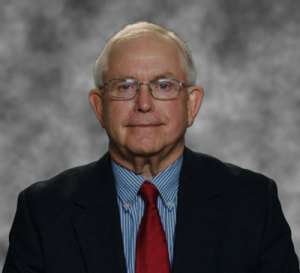 Benson and Willers will be honored during the Hawkeye-Cornhusker game at Kinnick Stadium in Iowa City. “We have a great presentation that will happen during halftime at Friday’s game,” Kelly says. “We have two videos that will show their stories. They’ll also have their names engraved on the Hy-Vee Heroes game trophy and then they’ll receive honorary plates from both athletic directors. It’s really a wonderful tribute to these two men.”

Benson, Willers and members of their families will be guests of the Hawkeyes and the Huskers at the game and will participate in a variety of special pregame activities. Fans of both schools were invited to nominate residents of Iowa and Nebraska who have performed extraordinary acts of heroism and service in their communities. Staff and volunteers from the Red Cross selected the winners.