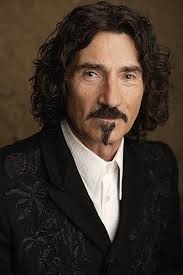 The bass singer for the Oak Ridge Boys, known for his “oom-pa-pa-oom-pa-pa-mau-mau” bass solo in the song “Elvira,” says he’s thrilled the band is still drawing huge crowds after four-plus decades of touring.

Richard Sterban and the other “boys” will be making two stops in Iowa this week.

Sterban says the four first began as a gospel group in 1973 and he sees no immediate end in sight to their successful run.

“I think we have to be realistic,” Sterban says. “Nothing lasts forever but as long as the good Lord above keeps blessing the four of us with good health, you’re going to see us out here doing this. This is really what we enjoy doing. After all these years, 41 years together now, we still enjoy taking our music live to our fans and to our audience every night.”

The oldest member in the band is 75 years old while the youngest is 66. At 71, Sterban says he trusts they’ll be on the road and recording in the studio for many more years to come.

While Sterban is known for his very deep voice, he started his long singing career as a soprano at age six in the church choir and his voice remained high until he reached junior high school.

“In seventh grade, I was still singing tenor,” Sterban recalls. “Over the summertime, between seventh and eighth grade, my voice made a drastic change. When I went back for my eighth grade year, the choir teacher ended up putting me in the second bass section and obviously, I’ve been there ever since.”

His autobiography was published in 2012, “From Elvis to Elvira: My Life On Stage.” Before joining the Oak Ridge Boys, Sterban toured with J.D. Sumner and the Stamps Quartet, who were singing backup for Elvis Presley. Earlier this year, “the Oaks” sold their 41-millionth album.

The Oak Ridge Boys are playing special Christmas shows tonight in Des Moines and tomorrow in Dubuque. They’ll be back in Iowa next month for a show in Tama on December 19th. For ticketing information, visit the band’s website: www.oakridgeboys.com.