You are here: Home / News / Cedar Rapids area leaders will seek a casino through the legislature 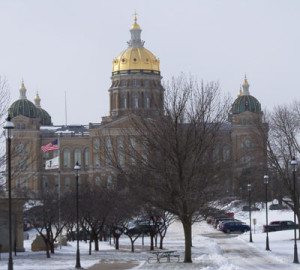 Two state legislators say they will cosponsor what they call gambling reform legislation which will include Iowa’s first smoke-free casino in Cedar Rapids. Senator Wally Horn, a Democrat from Cedar Rapids, and Senator Dan Zumbach, a Republican from Ryan say the bill would promote economic development in Cedar Rapids and the surrounding areas.

The proposal also calls for changing what Corbett calls “haves and have nots” among Iowa counties by doubling revenue given to non-casino counties next year and again in five years.

It also puts a moratorium on any additional casinos for 10-years. “Well we recognize the fact that many casinos want to make and actually need to make capital investments over the next several years. So, setting the table, the playing field, for the next ten years is why we have that moratorium in there,” according to Corbett. Mayor Corbett says legislative leaders are receptive to the proposals, but admits there’s a lot of work ahead before there’s a casino in Iowa’s second-largest city.

The Iowa Racing and Gaming Commission voted 4-1 in April of this year too deny a license for a proposed 164-million dollar casino project in Cedar Rapids. Senator Horn attempted in late April to add a smoke-free casino plan to a bill that cut the number of greyhound tracks in the state, but the president of the Senate ruled it was outside the scope of the greyhound bill and no vote was taken.