You are here: Home / Business / Report shows a drop in worker deaths in Iowa 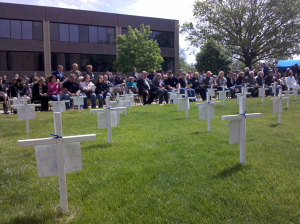 New data shows fewer Iowans died from work-related injuries last year compared to 2012. The U.S. Department of Labor reports there were 71 fatal work injuries in Iowa in 2013. That’s down from 97 the previous year.

Most of the deaths last year, 28, were from traffic accidents. Another 16 deaths were caused by “contact with equipment.”

Iowa’s worst year for work-related fatalities was 1992, when 110 people died from injuries sustained on the job. The fewest fatal injuries, 52, occurred in 1995.