You are here: Home / News / ‘Precycling’ encouraged with holiday gifts 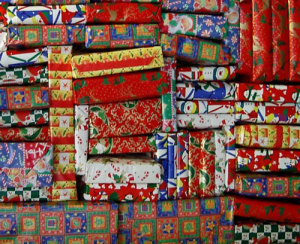 You are asked to think about packaging and recycling when you buy holiday gifts.

The holiday song says this is “the most wonderful time of the year,” but it’s also the most wasteful.

Trash generated by the average Iowa household rises 25-percent during the holidays, but with some planning before shopping, that doesn’t have to be the case. Leslie Irlbeck, at the Des Moines-based Metro Waste Authority, says to “precycle” or consider how those gifts will end up.

“We’re encouraging people to think about the gifts they buy,” Irlbeck says. “Eventually, will they be recycled, will they be re-used or will they end up in the landfill? The same concept should be used when you’re thinking about how to package and wrap those gifts this season as well.” Parents may sometimes go overboard on gifts for younger kids, so Irlbeck says a little forethought can go a long ways.

“Remove a lot of the packaging that goes in our stockings,” Irlbeck says. “A lot of times, there’s cardboard boxes that are part of those gifts. If you unpack the gift before you stuff the stockings, you can recycle them up front and then you don’t have to worry about the madness of the day itself and trying to sort through the garbage from the recyclables.”

While studies find the amount of garbage generated between Thanksgiving and New Year’s Day bounds by 25-percent, she says Iowans can reverse the trend with a little effort. “As you’re unwrapping gifts, a lot of things are recyclable,” Irlbeck says. “A lot of the cardboard boxes we use, those are all recyclable and wrapping paper itself. When you head to the store, try and purchase wrapping paper that can be recycled. That means buying the plain wrapping paper and even cards that we send that don’t have glitter, they’re not metallic, they’re just plain paper and those can all be recycled.”

Old garland should go in the trash, not the recycling bin, and she says the same is true for strands of Christmas lights — while they’re metal, glass and plastic, they’re not recyclable. For Iowans with live Christmas trees, many communities offer post-holiday recycling programs so they can be mulched.