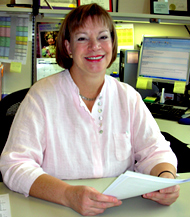 Health officials say this year’s flu vaccine isn’t fully protecting against the season’s most prevalent flu viruses. Doctor Patty Quinlisk, medical director of the Iowa Department of Public Health, says the vaccine was created for the expected three strains of flu virus, but one strain is showing signs of drifting into different characteristics.

“Because they can put you on anti-viral medications and the sooner you start those medications, the better you’re going to be,” she says. The best defense, Quinlisk adds, is getting vaccinated. The flu can cause severe illness and life-threatening complications in many people. She says influenza and pneumonia are among the top ten causes of death in Iowa every year.