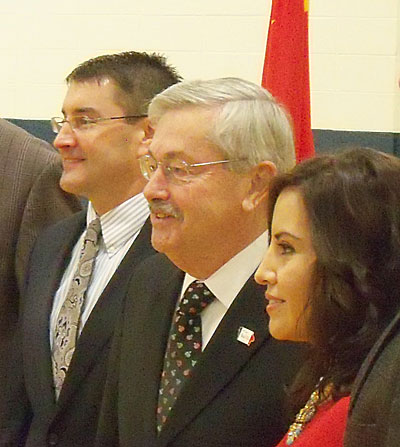 After years of debate on the issue, the director of the Iowa Department of Education is telling school districts it is going to be tougher to get a waiver to start classes earlier in the fall. State law says schools can start no earlier than the week that includes September 1st, but early start waivers have been routinely granted.

Education Department spokesperson, Staci Hupp Ballard, says they are not doing away with waivers. “The change is that school districts that are interested in pursuing waivers will need to demonstrate evidence of significant negative educational impact as required by law,” Ballard says.

Ballard says the leader of the department Brad Buck issued the notice to the districts after receiving a request from the governor. “The governor requested director Buck’s action on this, but we also want to make sure that school districts, in terms of timing, have plenty of time to make adjustments to their calendars before they submit them to us next spring,” Ballard says.

Governor Terry Branstad has long-sided with the state’s tourism industry on the issue, which argues it loses millions because of early school starts, plus many summer venues lose part of the workforce when high-schoolers return to class. Many of Iowa’s school districts will begin the next academic year before the Iowa State Fair ends, something that has always peeved Branstad who has been a champion of the annual event.

Ballard says the move will have a big impact based on the waivers issued for this school year. “This year, 2014-15, 336 of 338 school districts received waivers, there were just two districts that did not obtain one,” Ballard says. Director Buck sent out the letter today, and Ballard says they are working on the details of what will qualify districts to get a waiver. “Those criteria are under development right now, and we will know more early next year,” Ballard says.

The department has already heard from schools.”So far we’ve heard positive feedback and we’ve heard negative feedback from the districts,” according to Ballard. The State Board of Education voted 5-2 in August against runs that would have modified the start dates. A proposal to change school start dates also failed to make it out of the last legislative session.