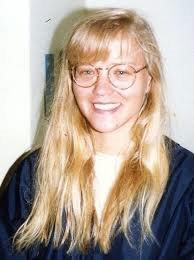 The kidnapping and murder of a Grinnell College student 22 years ago remains an unsolved case and a new group aims to refocus attention on the crime. The Task Force for Tammy, directed by two Grinnell College graduates who were friends of the victim, wants to jump-start the investigation.

Grinnell senior Tammy Zywicki was on her way to Grinnell in 1992 when her car broke down along Interstate 80 in Illinois. Nine days later her body was found about 500 miles away in a ditch alongside Interstate 44 near Springfield, Missouri. An on-line campaign has been launched at www.change.org in hopes of re-starting the investigation into the crime.

The FBI assisted local law enforcement agencies with the investigation but, by early 1993, the combined task force was disbanded without finding Zywicki’s killer. T

he Task Force for Tammy aims to gather 10,000 signatures supporting the petition, which is addressed to Illinois Governor Pat Quinn and Illinois Attorney General Lisa Madigan. The petition urges them to instruct the Illinois State Police to release more information that could help solve the 22-year-old case.