You are here: Home / Business / Home sales dropped in November, average sale price was up 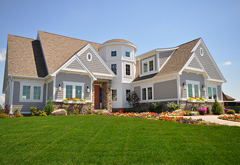 Home sales were down nearly 11 percent from the same month last year to  2,601 homes. He says several factors held back sales in November, including the election.

“Everybody was bombarded with advertisements on a regular daily basis. Every time you watched a program it seemed like you had to watch what seemed like five hours of election coverage,” Yocum says. “I think that just weighed heavy on peoples’ decision to say ‘hey let’s see what happens, see what plays out’.”

Yocum says the weather also had an impact as the temperatures were a little colder in October and early November than usual and that kept people from getting out. The average sale price of a home sold in Iowa was up 4.1 percent over November of last year. Yocum says the November numbers are based on the sales that closed, so the transactions that started in late November aren’t reflected.

He says it appears business picked up late in the month and into this month. “A lot of agents are busy, even though it is the holiday season. So, there’s still a lot of activity going on,” Yocum says. He says the little warm spell we had recently should translate into some more sales.

Gas prices have been steadily going down, and Yocum says that impacts one segment of the housing market. “When you get into your smaller rural communities where people want to live in that rural area, but the drive time and fuel cost weighs heavy on their decision, ” Yocum says. “With the fuel prices dropping as much as they have, that’s opening the doors for people to say now is maybe the time to make the purchase out in the smaller communities.”

Yocum says interest rates remain very low, which also continues to be a factor in people making a decision on home ownership.