You are here: Home / Human Interest / Top musical offerings from Iowa artists in 2014 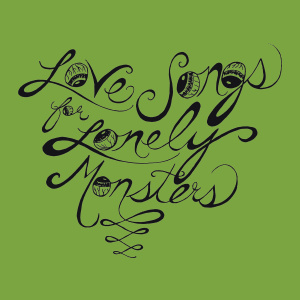 Several Iowa-based musicians enjoyed success with the release of new albums in 2014. Radio Iowa asked a music writer for Cityview, a weekly entertainment publication in Des Moines, for his picks for the top albums released by Iowa artists this year.

Chad Taylor, who is also managing editor of BandBombshell.com, says his favorite release was the self-titled, debut album from Des Moines’ Love Songs For Lonely Monsters. The guitar-heavy band, fronted by singer Amy Badger, worked on the album for several years. “Most of the time, when you have an album that’s been anticipated for that long, it has a hard time living up to the hype,” Taylor said. “But, they did a great job with it and they’re a great band, which obviously helps.”

A close second on Taylor’s list is the offering from Twins, a power-pop quartet from Cedar Falls. They released their debut album “Tomboys on Parade” in 2014. “Tomboys on Parade is just one of the most infectious things I’ve heard in long time. They’ve got this real nice, poppy, mid-career Beatles, early Elvis Costello thing going on that is just so much fun,” Taylor said. “It’s one of those albums that you can just stick in your CD player and pop on repeat in the car and not turn off for three days.”

A piano player, singer and songwriter out of Iowa City just released his first new album in 12 years. Dave Zollo and his band The Body Electric pound out 9 songs that mix soul, gospel, and rock and roll on the album titled “For Hire.”

“When you listen to the album, Dave sounds happy and that’s the most important thing,” Taylor said. “He’s had health issues, personal issues, he’s had all of this stuff he’s had to come through and to now just hear him again doing what he loves to do, it’s great.”