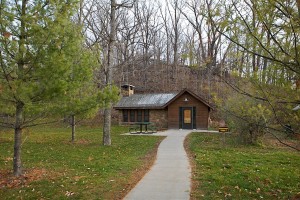 The Iowa Department of Natural Resources is encouraging Iowans who are looking for a post-holiday getaway to consider a weekend in a state park cabin.

The DNR’s Jim Lawson says there are nine state parks and one state-owned resort that have cabins available for use in the winter. “The amenities range anywhere from our camping cabins, which are heated and use alternate restroom facilities, to the more modern cabins at Honey Creek Resort, which has an indoor water park nearby,” Lawson said. 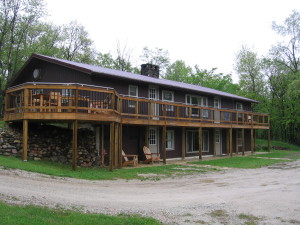 The four cabins available for rent at Pine Lake State Park in Eldora include built-in fireplaces and two have attached bedrooms. There’s a large house available at Springbrook State Park near Guthrie Center, while other cabins scattered around the state are small and don’t include much more than an electric heater and a futon. “Prices vary quite a bit according to the area, but they can range from several hundred dollars a night at the resort…to just 35-dollars a night for our camping cabins,” Lawson said.

Dogs are allowed in many of the cabins in Iowa’s state parks as well. “We try to have a certain percentage, in some cases just one cabin in an area available, that will accept pets,” Lawson said.

Many of the state park cabins are available for reservation just a few weeks in advance. In the summer, those same cabins are often fully booked many months ahead of time.