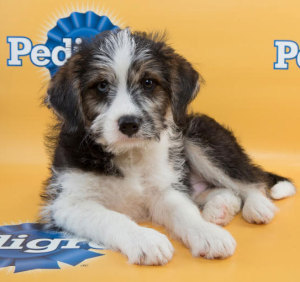 Iowa will be represented in a popular TV program that airs on Super Bowl Sunday. Puppy Bowl XI will include six dogs from Iowa. The program airs on Animal Planet before the Super Bowl on February 1 at 2 p.m. Iowa time.

The Iowa pups — Blue, Falcor, Kojak, Lorelai, Scarlet and Columbo — are all from the Heinz 57 Pet Rescue based in DeSoto. The dogs were sent to New York in October for the show’s taping.

This marks the fourth year in a row that animals from the Heinz 57 Pet Rescue have taken part in the Puppy Bowl.