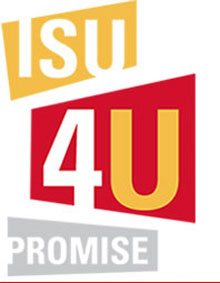 ISU President Steven Leath says the university promises to provide scholarships for students at Moulton and King Elementary Schools who meet certain attendance and performance goals and who qualify for admittance to Iowa State. “It’s just a wonderful opportunity for students to know from day one they can go to college and do whatever they want to do,” Leath said. “That opportunity doesn’t exist for enough students, but it exists for all of these students.”

The amount of the scholarships will depend on how long the students attended Moulton or King. If they were enrolled for five or more years, they’ll receive full tuition. “For students who want to work hard and do a good job in school, this is an opportunity for them to get a reward, which is a college education that is tuition free,” Leath said. “It’s a great partnership, they put in the work on the front end and get rewarded on the back end, so it’s just fantastic.”

The project could expand to other towns and cities, according to Leath, but the university is beginning in Des Moines because of the diverse student populations at the two schools. Funding for the program is primarily coming from private sources.