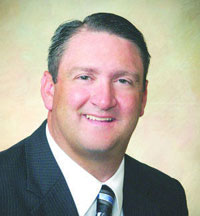 The president of Iowa Central Community College says President Obama’s plan to offer two years of free tuition at community colleges nationwide is “doable,” but he has questions. Dan Kinney says the proposal that was unveiled last week is “exciting” but funding will be the immediate obstacle. An initial White House report estimated the program would cost $60 billion in the first ten years.

“One of the biggest hurdles we’re going to have to look at is that the state has to buy into it, too,” Kinney says. “Honestly, you have to accept it statewide. It’s not accepted by a community college, so, Iowa Central couldn’t say, ‘Yeah, we’re going to do it’ and then some other community college in Iowa would say they’re not going to do it. It will have to be across-the-board because the state will have to put some money into it.”

Kinney says he’s encouraged by the promise of the program to boost the state labor pool of “middle-skilled” workers. Right now, he says about 33-percent of Iowa’s workforce is considered middle-skilled, while that’s where 50-percent of the jobs are, with many hundreds of jobs sitting unfilled. “I think a program like this is really going to help drive and get that up,” Kinney says. “About 82% of our manufacturers in the state report that they have a moderate-to-serious skills gap in their production.”

The president is expected to announce more details of the free tuition proposal in next week’s State of the Union address. “It’s an interesting program and definitely more needs to be learned about it,” Kinney says. “I think it’s something that…it’s doable.” The program would also help to erase student loan debt. More than 200,000 Iowans have student loans, while nearly 72-percent of Iowa’s college graduates have student loan debt, the fourth highest percentage in the nation.

A report last year found Iowa college grads have an average of $29,000 of debt. In recent years, Iowa Central Community College has seen record enrollment at its campuses in Fort Dodge, Webster City and Storm Lake.