You are here: Home / Human Interest / Screening of “Selma” is how some Iowans will mark MLK Day 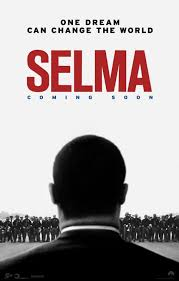 Some Iowans are observing today’s Martin Luther King, Junior, holiday by watching a showing of “Selma,” the new film about the civil rights leader and his fight for equality.

Sixty-two-year-old Sarah Freeman, a retired nurse from Jewell, saw the movie in Ames.

“I followed closely the speeches he made and the Freedom Riders who went from the North to the South and I was very aware of what was going on,” Freeman says.

She says she was in high school at the height of King’s public life. “I wanted to see the movie so I could just catch back up with what was going on in that time period,” Freeman says.

Vada James, who’s also 62, is a retired counselor from Nevada, Iowa. She also saw “Selma” in Ames and remembers being in high school in 1968 when King was assassinated.

“What I know is bits and pieces like everyone else,” James says. “I’m glad we’re observing the holiday.” James says King played a pivotal role in the country’s long war for civil rights.

“The bottom line is, he was willing to die for civil rights for all Americans, not just blacks.”

The film chronicles King’s historic campaign to secure equal voting rights, which included a 1965 march from Selma to Montgomery, Alabama.