You are here: Home / Agriculture / Nebraska man charged with stealing cattle in Iowa 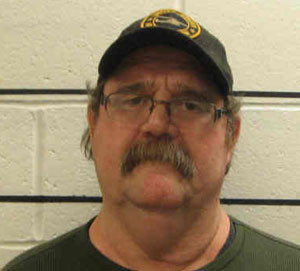 A cattle rustling case in southwest Iowa has brought the arrest of a Nebraska man, with warrants issued for two more suspects. Cass County Sheriff Darby McLaren says 57-year-old Ervin Jacob, of Omaha, is in custody on multiple felony charges for allegedly stealing eight cattle from a farm in Lewis over two weeks last May and June.

Sheriff McLaren says two of Jacob’s alleged accomplices have been identified and all three are suspected in cattle thefts in northeast Nebraska. “Cuming County, Nebraska, was having similar thefts as we were,” McLaren says. “Once we got in connection with each other, it seemed to flow very well. They had some information we found valuable and we had some information they found valuable. These people are under investigation up there also and I would not be surprised if charges were coming from up there also.”

McLaren said the case was solved thanks to the cooperation of law enforcement agencies in Nebraska and Iowa, but it was ultimately made possible by tips from observant citizens and businesses. “The Massena Sale Barn was huge in giving me some leads,” McLaren says. “The public called with a description of the suspect vehicle, what they were driving, what time they were driving, what direction they were driving. Rolling Hills Bank had video of someone cashing the check. Everybody helped in helping us get the culprits.”

The Cass County District Court has issued warrants for 49-year-old James Michael Brunzo, of Omaha, and for 42-year-old Amy Louise Springer, both of Omaha.