You are here: Home / Human Interest / Red Cross still looking for ‘Heroes of the Heartland’ nominations 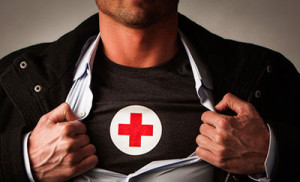 The Red Cross will be recognizing several Iowans for “extraordinary acts of courage.”

Kara Kelly, spokesperson for the American Red Cross of Greater Iowa, says Heroes of the Heartland events will be held this spring in Fort Dodge, Sioux City, Spencer, Ottumwa, and Des Moines.

“This is our largest fundraiser in each of these communities for the American Red Cross,” Kelly says. “So, yes, it’s a time to celebrate the good work that’s happening in the community, but it’s also a time to for us to recognize the work the Red Cross is doing across the state of Iowa.”

Iowans have been submitting nominations to the Red Cross to have people recognized for their courageous and compassionate actions. Kelly says it’s always difficult for the Heroes of the Heartland committee members to select the recipients of the awards. “This is one of our best times of the year because we get to read all these great stories,” Kelly says.

The deadline has passed to nominate a person for the awards to be presented in Fort Dodge, Sioux City, and Spencer — but nominations will be accepted through this Saturday for the Ottumwa and Des Moines awards ceremonies.

Kelly says regardless of the heroic event, it must have occurred between February 1, 2014 and January 31, 2015. “Sometimes it’s a lifesaving story, it might be somebody who performed CPR. Last year, we had a gentleman from Ames who pushed a car off the tracks when a train was coming,” Kelly said. “It could be somebody who’s been a longstanding member of the community and has done a lot of community service.”

The various Heroes of the Heartland celebrations are scheduled for late March and April.