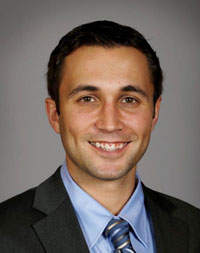 It appears there is another problem at the not-yet-opened state prison in Fort Madison, along with new concerns from legislators that the facility may sit empty for months if cost overruns are not resolved before the legislature adjourns this spring.

“We need to have a better grasp on how many dollars — at least everything that’s happened up to date — it is going to cost,” Kaufmann told reporters today. “And we’re slowly getting that, but there’s still unanswered questions.”

State officials are in negotiations with contractors seeking payment for fixes at the prison.

Representative Greg Heartsill, a Republican from Columbia, said during today’s Oversight Committee meeting that this is a “tight budget year” for the state and if there are significant costs overruns, legislators need to make room in the budget.

“It’d sure be nice to get a somewhat close, ballpark number to work with,” Heartsill said.

Representative Vicki Lensing, a Democrat from Iowa City who also serves on the Oversight Committee, suggested getting an estimate of the costs of repairs seems to be a moving target.

“The challenge has been just when we think we know everything, something else goes wrong,” Lensing said.

The prison’s opening a year ago was delayed after problems were discovered with the heating and ventilation system and with a system that is to siphon smoke out of the prison if there’s a fire. In the past week, Kaufmann has gotten confirmation from prison officials that yet another problem was discovered in December. This one is in an “energy recovery unit” that’s part of the air flow system in one of the buildings on the new prison campus.

“The spiralling costs are a huge concern,” Kaufmann said during today’s meeting. “There’s no way to know for sure that there aren’t other costs that are going to be new surprises. I hope that’s not the case, but if you would have asked me a couple of months that we would be talking about leaking roofs or new ventilation issues, I would have thought that was not going to happen.”

Representative Phyllis Thede, a Democrat from Davenport, joked that the state might have to sell the prison.

“If this goes on another year, and I hope it doesn’t, the problem is that, you know, I hate to say this — we can’t afford this,” Thede said.

The prison’s total cost has ballooned to $166 million. One recent estimate indicated the state would be required to come up with another $7 million to cover the fixes, but the House Oversight Committee has uncovered new documents which indicate additional repair costs are likely.