You are here: Home / Business / Spring break travel vouchers are being rejected by airlines 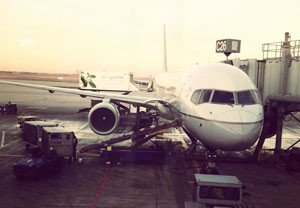 Some Iowans who bought discount travel vouchers for far-away vacations this spring won’t be flying anywhere.

A wedding and event planner based in Omaha-Council Bluffs was selling the vouchers for thousands of dollars less than the retail price of airfares but now airlines are refusing to honor them.

Jim Hegerty, with the Better Business Bureau, says people are understandably very upset with Creative Creations. “It’s a pretty unprecedented event for the BBB,” Hegerty says. “In the last 10 days, we received more complaints on this company alone than we received on all companies combined last month. We’re up around 900 complaints from consumers all over the United States.” Hegerty says the company is now under investigation to determine if there was any fraud or criminal intent.

Hegerty says, “So many people purchased these vouchers that they were unable to manage them and ultimately, the people that purchased them were unable to redeem them for the travel that they’d all planned to do this spring.” Hegerty says it’s still not clear just how many people bought the travel vouchers, but there are likely many hundreds more who have yet to come forward.

“The company reached a tipping point at which it became very, very problematic,” Hegerty says. “Clearly, we’ve had 900 complaints in 10 days. The dollar value associated with those complaints is probably north of $600,000 and rising every day.”

An attorney for Creative Creations says it is not likely there will be any refunds. He says, simply, the company’s business model failed.