You are here: Home / Education / AIB makes cuts in staff as enrollment drops 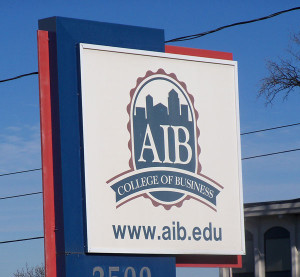 The AIB College of Business in Des Moines is cutting several positions as it moves toward shutting down. The school plans to close down its operations on June 30th of next year as the campus is given to the University of Iowa.

A transition update released by the school today says 17 of the approximately 80 full-time AIB staff members were notified Monday that their positions will be eliminated on June 8th of this year.

The update says the staff are being cut based on projections of lower enrollment, and it is anticipated that more jobs will be cut later this year.

The school says it will keep a core staff until the closing next year, and faculty members who are remaining on staff have been given contracts outlining their employment agreements. It also says AIB will partner with Iowa Workforce Development to provide support to those employees who are losing their jobs.