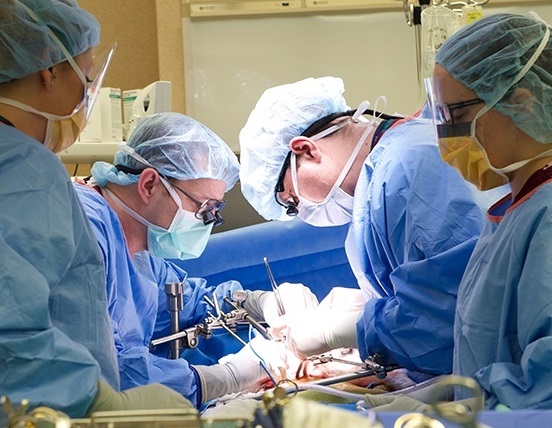 One of the Earth Day Celebrations today in Iowa City will feature a special group of people who are the beneficiaries of what could be called recycled life.

At least 20 organ donor recipients will be part of a ceremony to plant a tree near the University of Iowa Hospitals.

Center director Alan Reed says they began with a kidney transplant in 1969. “Each story is a unique story, and individual story, and it has just been an honor for all of us at the University of Iowa to impact lives cross the state, across the region and in fact across the country,” Reed says.

The hospitals moved from that first kidney transplant to liver, pancreas, heart and lung transplants. Reed says the surgical techniques used in the transplant process have not changed much since they first began doing them.

“What’s really changed are the medicines that we use to prevent and treat rejection, the supportive care has changed dramatically. The technical aspects of the operation — they’ve changed some — we’ve learned a lot as we have gone on,” Reed says. “But the way we procure and preserve our organs have changed. I would say those have been the major changes along the way. Patient selection is important too.”

He says donated organs offer a new life to many people.

“A good example would be a patient with end-stage liver failure. They’re critically ill, they are malnourished, they don’t clot their blood, they have muscle wasting, they are incredibly ill,” according to Reed. “To take them from a state of this incredible level of illness and watch them get better over months is incredibly transformational, you don’t hardly recognize them when they come back in three or four months.”

Reed credits the organ donation network and the Iowans who sign up with making the program a success.

Reed says there can be some guilt felt by those who receive an organ donation because it came from someone who died. But, he says that changes when they hear from the families or the donors.

“The donor families get a great deal of healing form knowing that this tragedy that can’t be prevented can go on to help other people,” Reed explains.

Iowans make up 85% of the patients who have received transplants at the UI center, and they have come from 96 of Iowa’s 99 counties.

Today’s tree planting event starts at 1 PM on the green just north of Boyd Tower. It’s one of several events throughout the year held to honor organ donors and recipients.

Breakdown on types of transplants: