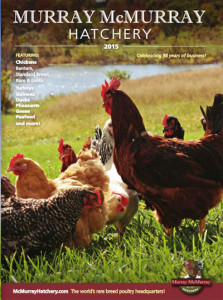 The Iowa Department of Agriculture on Wednesday identified six more probable cases of avian influenza. All of the cases are on commercial poultry farms in Sioux and O’Brien counties in northwest Iowa.

There have been 34 avian influenza outbreaks reported in the state — resulting in the loss of millions of laying hens and turkeys.

Meanwhile, operators of a hatchery in north-central Iowa that’s been sending chicks around the globe for decades say they’re “concerned” about the increase in avian flu outbreaks in the state, but they’re “not panicking.” Bud Wood, president and owner of Murray McMurray Hatchery in Webster City, says his operation is close to where cases of the bird flu has been confirmed, but it has not yet impacted his business.

“None of our flocks have been affected and none of our flocks are in a control zone,” Wood says. A control zone is identified as an area in a 10-kilometer radius of where avian flu has been confirmed. Poultry operations within that control zone must have their birds checked for the virus. Wood feels fairly confident about his business being spared from the bird flu as hatcheries are considered at low risk.

“Because if the hen is infected and she does pass the virus on to the eggs, when they’re brought here into the hatchery, that chick would never hatch because those embryos would die prior to hatching,” Wood says. “And once the embryo is dead, the virus will not survive very long in the hatchery because of the high heat.”

Officials with the Iowa Department of Agriculture have said warmer temperatures could help kill the virus. The virus is extremely deadly to poultry, but does not appear to impact human health.