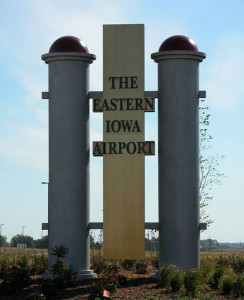 A bomb threat shut down the Eastern Iowa Airport in Cedar Rapids for two hours early this morning. Police were alerted by OnStar at 3 a.m. about a man claiming to have an explosive at the airport.

A suspect was taken into custody a short time later near the airport, which was placed on lockdown. Emily Dudley of Cedar Rapids told KCRG-TV she arrived at the airport and nearly missed her flight.

“We came in and there were cop cars everywhere. We had to wait in line. Then they told us we had to go around. We waited for about 40 minutes. Then, finally, they let us through,” Dudley said. Bomb technicians searched the terminal and the parking lot. No explosives were found and the lockdown was lifted around 5 a.m.

The man who was taken into custody was transported to a hospital for an evaluation.