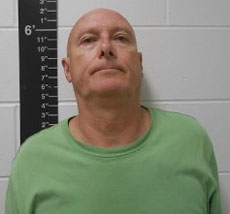 A central Iowa school administrator has resigned following his third drunk driving arrest. The Colfax-Mingo Board of Education on Monday accepted the resignation of district superintendent Marty Lucas.

The 61-year-old Lucas, who had planned to retire at the end of the next school year, was charged with OWI after a traffic stop in Grundy Center just before 9 a.m. last Thursday. His blood alcohol content was .224, nearly three times the legal limit for driving, according to the Grundy County Sheriff’s office.