You are here: Home / News / Lutheran women from around the United States meeting in Iowa 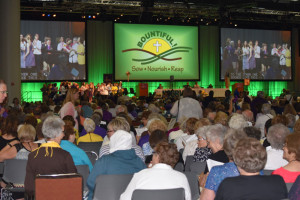 Members of the Lutheran Women’s Missionary League of the Missouri Synod are meeting in Des Moines.

Almost 5000 Lutheran women from around the country are meeting in Iowa this weekend and they’ll determine how millions of dollars in charity are distributed.

The Lutheran Women’s Missionary League of the Missouri Synod is holding its national convention in Des Moines.

“The energy out there is fantastic and they’re going to bring that back when they go home,” says Debbie Larson, public relations director for the group.

The women are representing 40 different districts from around the country and every other year there’s a national convention. The group’s primary focus this weekend is to finalize its mission goals for the next two years. 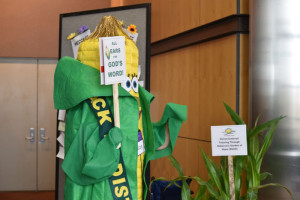 “This past biennium we, the national LWML supported 18 mission grants. I’m talking about $100,000 or $90,000, so large amounts,” Larson says. “The districts themselves each have huge, huge mission grants that they each support also, so the numbers are just in the millions.”

The Missouri Synod of the Lutheran Church has over 2.2 million members. It’s the second-largest group of Lutherans in the country. The Evangelical Lutheran Church of America is the largest. The latest data indicates about 53 percent of Iowans regularly attend church and, of those, about 12 percent are Lutherans.