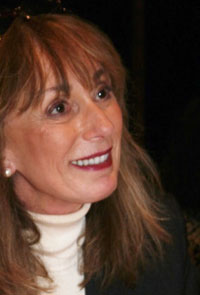 The Gayle Lynds thriller is a stand-alone novel and her second involving the character Judd Ryder, a former military spy, who’s pulled into an international adventure that keeps him in the crosshairs of multiple master killers. Lynds says she loves writing about Ryder’s exploits.

“All of us have some kind of power within us and his verges on violence,” Lynds says. “That’s an issue that he has to constantly deal with, that, and the issue of where the law ends and justice begins and what his position is in society.” Ryder was first introduced in Lynds’ previous novel, “The Book of Spies.”

Lynds is a graduate of the University of Iowa journalism school, where one of her lit teachers was acclaimed writer Kurt Vonnegut. After working as a newspaper reporter, she was hired in what’s now referred to as a government think tank and had top-secret clearance, which further sparked her interest in fiction writing, or “lying for a living,” as she puts it.

Publishers Weekly has released a list of the top 15 spy novels of all time, with titles like “The Bourne Identity,” “The Day of the Jackal,” and “The Spy Who Loved Me.” It ranks Lynds’ first book, “Masquerade,” at number-eight. “What a thrill to see my book on that list because I’ve read every book on there, years ago,” Lynds says. “I’m in pretty amazing company there, aren’t I?”

Lynds grew up in Council Bluffs but spent many years living in southern California. A few years back, she got married and moved cross-country to coastal Maine. She say the change in latitude has been healthy for her attitude — as a person and as a novelist. “I’ve lived in cities all my life and I’m so accustomed to when I hear a sound outside, it’s a siren or it’s a car door slamming or somebody arguing, and now when I hear a sound outside, it’s a bird singing,” Lynds says. “That’s pretty cool and it’s a wonderful place for a writer.”

Loyal fans of the television show, “The X Files,” which was huge in the 1990s, know the program is being brought back to TV for a six-episode run starting in January of 2016. Lynds is also an X-phile and has written an adventure for FBI Agents Fox Mulder and Dana Scully. “There is an anthology coming out, I believe at the end of July, an X Files anthology,” Lynds says. “I don’t know the title, but my husband, John, and I have a short story in it. It’s a collection of short stories and it’s the very first collection of all-original X Files short stories.”

Earlier in her career, Lynds co-wrote three books with legendary spymaster Robert Ludlum. When she tried to pitch her first novel under her own name in the male-dominated espionage genre, “Masquerade” was repeatedly rejected, with one publisher saying no woman could have written the book. Lynds was asked by Radio Iowa if she was ever tempted to use that publisher’s name in a future book and kill him off.

“Actually, it was a woman, not a man, and I did!” Lynds says. “I put her in as the chief of CIA in one of my books, and not a very nice one.” The original book was eventually picked up by a publisher and “Masquerade” went on to become Lynds’ first best-seller — and she’s since sold more than six-million books.