You are here: Home / News / Independent film festivals gaining more of an audience in Iowa 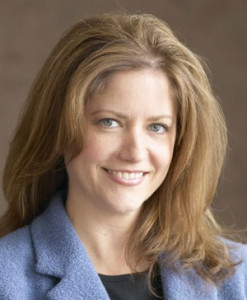 More than one dozen Iowa communities are now hosting annual independent film festivals and while they’re not yet at the level of Sundance, they’re growing in popularity — and dollars generated — every year.

Liz Gilman, executive producer of Produce Iowa, the State Office of Media Production, says film festivals are drawing bigger audiences while providing a boost to the creative economy in communities across the state.

“There’s roughly 15 in Iowa and I’m hearing more and more of other ones, too, so it keeps building,” Gilman says. “There’s a listing of about 15 film festivals on ProduceIowa.com and that will take you directly to the link of the community film festivals, so you can learn more about them.” A weekend film festival can mean a huge tourism boost. In April, Dubuque hosted the Julien Dubuque International Film Festival. It attracted more than 4,000 attendees and 125 filmmakers from 11 states and five countries. It also generated some $261,000 of economic impact — in one weekend.

Plus, Gilman says the quality of the movies being shown at even the small-town Iowa festivals has grown exponentially. “You’ll find that you’ll go to a film festival and you’ll see some titles and there’ll be people in from all over the world to these film festivals,” Gilman says. “I’ve started catching some of the titles of certain films that go to other circuits, so, they’re getting the top of the top names in the film festival circuit.”

Wherever you are in Iowa, she says, there’s likely a film festival near you. “It’s a lot of fun and one of the great things is that they’ll have the filmmakers there,” Gilman says. “You can do a little Q-and-A with them afterwards and start to understand what they were thinking when they did certain parts of the movies. It’s really interesting to understand the creative process and start discussions.”

As more filmmakers attend the festivals, they’re seeing how friendly and hospitable Iowans are, which Gilman says, helps to put Iowa on their radar in terms of potential locations for filming. The next scheduled Iowa film festival is this coming weekend (August 6-8) in Burlington with the Snake Alley Festival of Film.