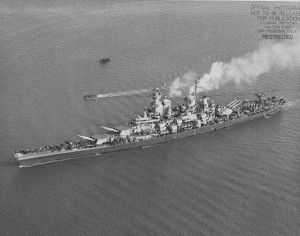 The Secretary of the U.S. Navy is in Iowa today to commemorate the naming of a new submarine. Governor Terry Branstad said the new USS Iowa will cost more than a billion dollars to build, with a target date for its first voyage sometime after 2020.

“We don’t have a naval base in Iowa,” Branstad said during a Radio Iowa interview. “Obviously, we’re not a sea coast area, but we do have Naval ROTC at Iowa State University.”

U.S. Navy Secretary Ray Mabus will be on the ISU campus in Ames at three o’clock this afternoon to reveal more details about the new sub.

“The public is welcome. We’re excited to have a new ship named after the State of Iowa,” Branstad said. “We’ve had a history of these.”

This is the fourth vessel in the U.S. Navy fleet to be named after the State of Iowa.

“The latest one, the battleship USS Iowa, is now a museum in Los Angeles Harb9r,” Branstad said. 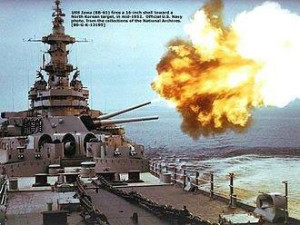 Three Navy battleships have been named the USS Iowa. One of them was used during World War II and the Korean War. After it was reactivated in the 1980s, there was an explosion on board and the ship was mothballed until its recent relocation and restoration as a floating museum.

The very first USS Iowa saw action during the Spanish-American War. The State of Iowa raised five-thousand dollars to buy a silver service for that ship in the 1890s and Branstad expects that coffee and tea set will be placed in the new USS Iowa submarine. 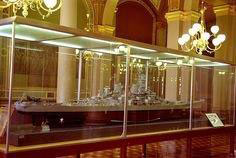 The USS Iowa submarine will weigh 7800 tons and be 377 feet long. It will be able to operate at 25 knots when it’s underwater.

“It’s going to be a big submarine and it’s going to be able to move pretty fast and have great capabilities,” Branstad said. “They say it will be able to attack targets ashore with highly-accurate Tomahawk cruise missiles in addition to the other things that it can do.”

Branstad doesn’t know who may be asked to christen the submarine once it’s done.