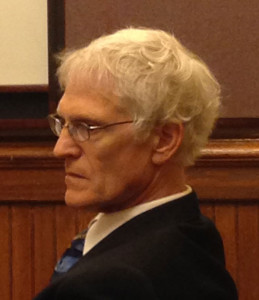 A three-member panel of financial experts is lowering its estimate of state tax collections.

The Revenue Estimating Conference is still predicting overall state tax revenue will be up 3.4 percent for the year, but the group shaved $121 million off the total compared to its March prediction.

Iowa Department of Management director Dave Roederer says he and the other two panel members are concerned about what’s happening in the farm economy.

“When producers are producing corn and soybeans at a loss, that means that there’s going to be less revenue coming into the state,” Roederer says.

Roederer says when farmers have a down year, that tends to have a ripple effect throughout the Iowa economy. Roederer, though, points to Iowa’s low unemployment rate as a positive sign.

“The economy is more partly cloudy than anything else,” Roederer says.

The state is just three months into the budgeting year and Roederer says there’s no cause for alarm since the group is still predicting Iowans will pay $235 million more in taxes this year than last.